Today is not like the good ol’ days. In many ways things have changed for the better. For instance, in the good ol’ days, many paleontologists would find fossils but let nary a soul examine them; today, you can download high quality 3D models of many important fossils from both East and South Africa, completely for free!

Robert Broom’s (1938) account of the discovery of the first Paranthropus (or Australopithecus) robustus is also a reminder of the strangeness of the bygone days of yore:

In June of this year a most important discovery was made. A schoolboy, Gert Terblanche, found in an outcrop of bone breccia near the top of a hill, a couple of miles from the Sterkfontein caves, much of the skull and lower jaw of a new type of anthropoid. Not realizing the value of the find, he damaged the specimen considerably in hammering it out of the rock. The palate with one molar tooth he gave to Mr. Barlow at Sterkfontein, from whom I obtained it. Recognizing that some of the teeth had recently been broken off, and that there must be other parts of the skull where the palate was found, I had to hunt up the schoolboy. I went to his home two miles off and found that he was at the school another two miles away, and his mother told me that he had four beautiful teeth with him. I naturally went to the school, and found the boy with four of what are perhaps the most valuable teeth in the world in his trouser pocket. He told me that there were more bits of the skull on the hillside. After school he took me to the place and I gathered every scrap I could find; and when these were later examined and cleaned and joined up, I found I had not only the nearly perfect palate with most of the teeth, but also practically the whole of the left side of the lower half of the skull and the nearly complete right lower jaw.

What a wild time – Broom hunts down poor Gert, barges into the school, then makes the kid show him where he hacked the skull out of the rock. Poor, poor Gertie.

Maybe it was a different Gertie, but surely the reaction was the same.

Of course, there was a lot at stake. I mean, brazen Gert harbored not just “beautiful teeth,” but “the most valuable teeth in the world.” IN HIS TROUSERS! And of course Gert was also the soul possessor of priceless intel – the source of the fossils. So maybe Broom was justified in this zealous abduction. And O! such prose in a Nature paper! WAS IT WORTH IT, DR. BROOM?

At Sterkfontein, a bronzed Broom considers the weight of his actions.

Of course, Gert wasn’t the last kid to discover an important human fossil. The game-changing Australopithecus sediba  was discovered when Matthew Berger, son of famed Lee Berger and only 9 years old at the time, saw a piece of a clavicle sticking out of a block of breccia. Both Gert and Matthew show that you don’t have to be a doctor to make amazing discoveries. What future fossil discoveries will be made by kids, and making my adult accomplishments pale in comparison?! 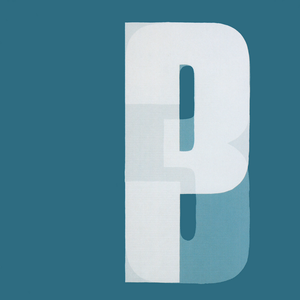