Astana, the wedding-cake capital of Kazakhstan, is notably bereft of graffiti and street art, at least in my somewhat limited exposure to the city. The larval metropolis is all about commercial appearance, so I’d guess that aspiring street artists likely face much more than the Marge Simpson treatment for turning around to brag about their work.

Once, I did see a pretty badass street mural,

No, there is not much in the way of secretly donated street art here in Astana, and there’s generally little hope to see graffiti-grafted Osteology Everywhere. But this weekend, I noticed these four magical letters, quickly quietly scrawled on the side of my apartment building:

Two disconcerting thoughts immediately come to mind reading this. First, why the hell is “DAKA” written in Latin instead of Cyrillic script characteristic of the FSU? Second, what does “DAKA” mean out here? Nothing in Russian so far as I know, but Google Translate claims it could mean “Dakar” in Kazakh, which if true raises even more questions.

No, the safest assumption is that this tagger, my streetwise and marker-wielding dopplegänger, was referring to the ~1 million year old Homo erectus partial skull from Ethiopia, dubbed “Daka” after the Dakanihylo site of its discovery. 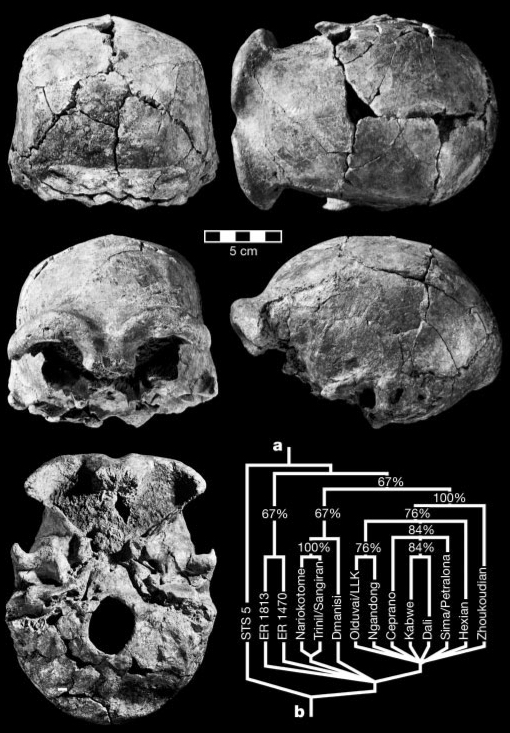 Daka isn’t the first hominin fossil to be embraced outside of anthropology. A few years ago I noticed the 4.4 million year old Ardipithecus ramidus skeleton strutting across the label of a Dogfish Head beer bottle:

GOODGRIEF, this was almost 5 years ago.

In downtown Tbilisi, Georgia I recently spotted a Dmanisi-based duo whose tech savvy belies the fact they’re based on 1.8 million year old fossils: 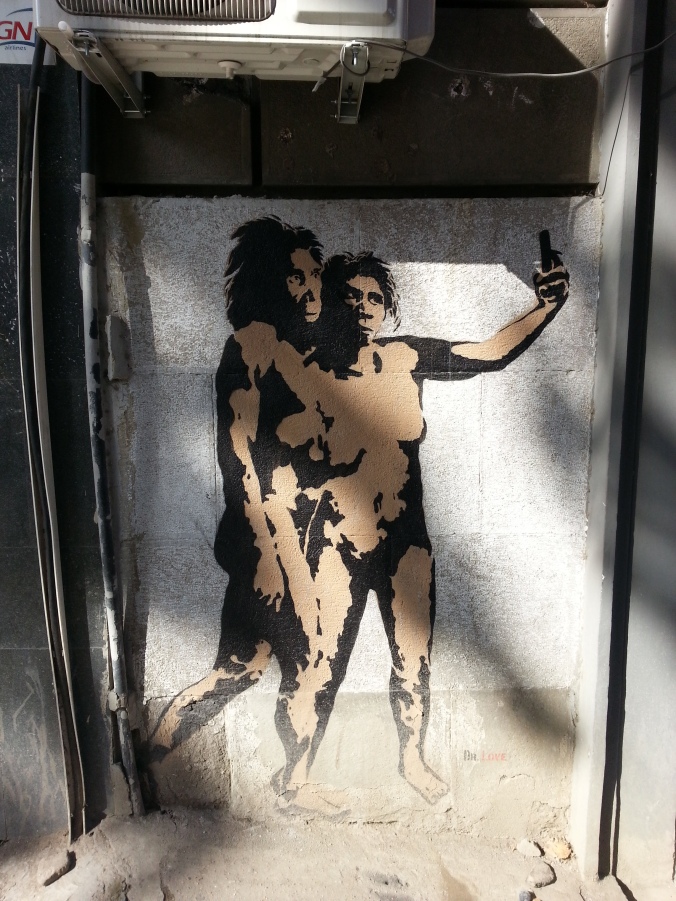 (Let’s not forget this one, from before they got smartphones)

We’ll have to do some serious fossil-finding here in Kazakhstan before they’ll let anyone put up something this awesome on the side of anything here in Astana. (Or wait…)

One thought on “Osteology everywhere: Graffiti”