I don’t love flying. In fact I’m writing this post in a traffic jam on the tarmac of Frankfurt International between a 9 hour and a 5 hour flight. On a related note, reclining your seatback all the way for most of a long flight does in fact make you the worst person on earth. 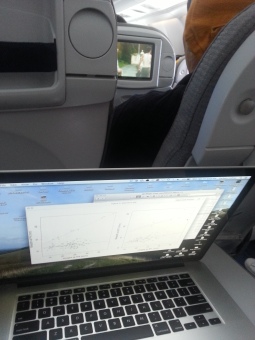 Hey, guy, how’s that 10th X-Men movie? What kind of shampoo is that I smell? Why yes, I do work best when I can’t open my computer fully. What a joyous way for us to learn all about each other, new best friend!

A plus of all this airtime, though, is that I can get caught up on recent movies I’ve missed living under the proverbial rock of research and teaching. On the ~7500 mile trip from Kazakhstan to Kanada I got to watch Man of Steel, a new take on an ancient comic. It was tacky and entertaining and there are some interesting takes on biology, but it had a boss paleo surprise.

The best part of the movie is at the beginning when The Gladiator steals a mysterious “codex” as his planet Krypton plunges catastrophically into implosive oblivion. Amid the chaos, Russel Crowe swims through some chamber, and what does he encounter? 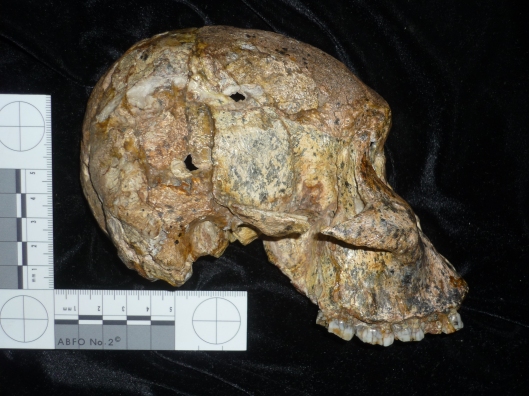 Sts 71 is my favorite fossil I’ve seen because it looks totally badass (not a scientific reason, but it’s the truth). It comes from Sterkfontein cave in South Africa, dates to probably around 2.5 million years ago, and is attributed to the species Australopithecus africanus.

I realize I’m behind the times here, but in case you haven’t seen the movie but are planning to, then read no further (SPOILER ALERT). In the film, this codex/fossil apparently contains the genetic code for the entire species of Kryptonians (whose resemblance to living humans is so remarkable it requires a statistically impossible amount of parallel evolution). Now, the oldest DNA recovered from a fossil is from a horse that lived about 700 thousand years ago (Orlando et al., 2013). Sts 71 is some 3-4 times older than that, and illusorily contains the genomes of a billion human-like aliens with super powers.

What a badass fossil.

One thought on “Kryptonians’ DNA in the Sts 71 fossil”