Holy crap 2015 was a big year for fossils. And how fortuitous that 2016 begins on a Fossil Friday – let’s recap some of last year’s major discoveries.

Some Homo naledi mandibles in order from least to most worn teeth.

The Homo naledi sample is a paleoanthropologist’s dream – a new member of the genus Homo with a unique combination of traits, countless remains belonging to at least a dozen individuals from infant to old adult, representation of pretty much the entire skeleton, and a remarkable geological context indicative of intentional disposal of the dead (but certainly not homicide, grumble grumble grumble…).  The end of 2015 saw the announcement and uproar (often quite sexist) over this amazing sample. You can expect to see more, positive things about this amazing animal in 2016.

We’ll be presenting a bunch about Homo naledi at this year’s AAPA meeting in Hotlanta. I for one will be discussing dental development at Dinaledi- here’s a teaser: 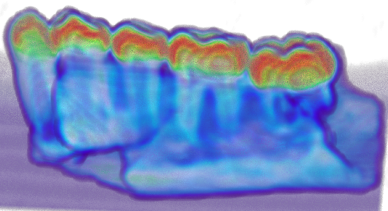 As long as we’re talking about the AAPA meetings, my colleague David Pappano and I are organizing a workshop, “Using the R Programming Language for Biological Anthropology.” Details to come!

Homo naledi wasn’t the only miraculously copious primate sample announced in 2015. Early last year scientists also reported the discovery of an “Enormous underwater fossil graveyard,” containing fairly complete remains of probably hundreds of extinct lemurs and other animals. As with Homo naledi, such a large sample will reveal lots of critical information about the biology of these extinct species. 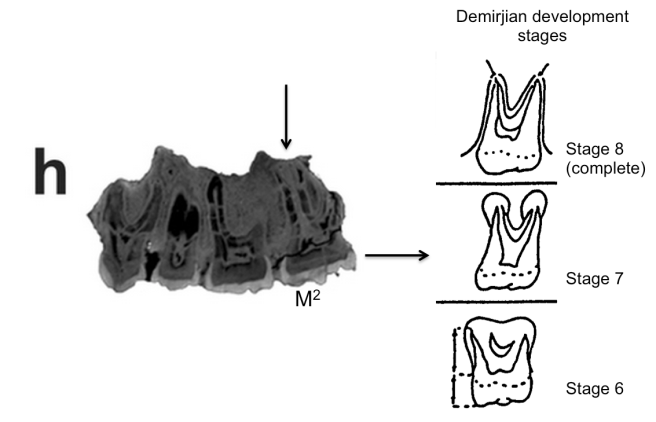 We also got a new species of australopithecus last year. Australopithecus deyiremeda had fat mandibles, a relatively short face (possibly…), and smaller teeth than in contemporaneous A. afarensis. One tantalizing thing about this discovery is that we may finally be able to put a face to the mysterious foot from Burtele, since these fossils come from nearby sites of about the same geological age. Also intriguing is the possible evidence, based on published CT images (above), that A. deyiremeda had relatively advanced canine and delayed molar development, a pattern generally attributed to Homo and not other australopithecines (if this turns out to be the case, you heard it here first!). 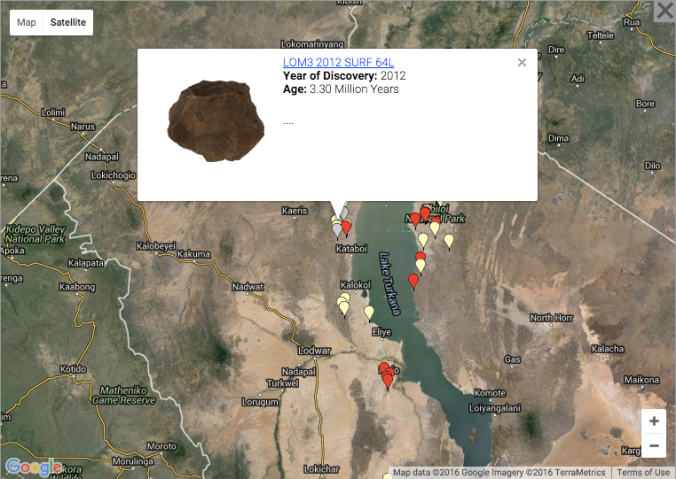 3D scan and geographical location of Lomekwian tools. From africanfossils.org.

Roughly contemporaneous with A. deyiremeda, Harmand et al. (2015) report the earliest known stone tools from the 3.3 million year old site of Lomekwi 3 in Kenya. These tools are a bit cruder and much older than the erstwhile oldest tools, the Oldowan from 2.6 million years ago. These Lomekwian tools, and possible evidence for animal butchery at the 3.4 million year old Dikika site in Ethiopia (McPherron et al. 2010;  Thompson et al. 2015), point to an earlier origin of lithic technology. Fossils attributed to Kenyanthropus platyops are also found at other sites at Lomekwi. With hints at hominin diversity but no direct associations between fossils and tools at this time, a lingering question is who exactly was making and using the first stone tools.

The reconstructed Ledi Geraru mandible (top left), compared with Homo naledi (top right), A. deyiremeda (bottom left), and the Uraha early Homo mandible from Malawi (bottom right). Jaws are scaled to roughly the same length from the front to back teeth; the Uraha mandible does not have an erupted third molar whereas the others do and are fully adult.

Just as Sonia Harmand and colleagues pushed back the origins of technology, Brian Villmoare et al. pushed back the origins of the genus Homo, with a 2.7 million year old mandible from Ledi Geraru in Ethiopia. This fossil is only a few hundred thousand years younger than Australopithecus afarensis fossils from the nearby site of Hadar. But the overall anatomy of the Ledi Geraru jaw is quite distinct from A. afarensis, and is much more similar to later Homo fossils (see image above).  Hopefully 2016 will reveal other parts of the skeleton of whatever species this jaw belongs to, which will be critical in helping explain how and why our ancestors diverged from the australopithecines. (note that we don’t yet have a date for Homo naledi – maybe these will turn out to be older?)

The earlier hominin fossil record wasn’t the only part to be shaken up. A small molar (KNM-ER 51261) and a set of associated hip bones (KNM-ER 5881) extended the lower range of size variation in Middle and Early (respectively) Pleistocene Homo. It remains to be seen whether this is due to intraspecific variation, for example sex differences, or taxonomic diversity; my money would be on the former.

At the later end of the fossil human spectrum, researchers also announced an archaic looking mandible dredged up from the Taiwan Straits, and a more modern-looking brain case from Israel. The Penghu 1 mandible is likely under 200,000 years old, and suggests a late survival of archaic-looking humans in East Asia. Maybe this is a fossil Denisovan, who knows? What other human fossils are waiting to be discovered from murky depths?

The Manot 1 calvaria looks very similar to Upper Paleolithic European remains, but is about 20,000 years older. At the ESHE meetings, Israel Hershkovitz actually said the brain case compares well with the Shanidar Neandertals. So wait, is it modern or archaic? As is usually the case, with more fossils come more questions.

Yi qi was bringing Skeksi back, and its upper limb had a wing-like shape not seen in any other dinosaur, bird or pterosaur. There were a number of other interesting non-human fossil announcements in 2015 (see here and here), proving yet again that evolution is far more creative than your favorite monster movie makers.

What a year – new species, new tool industries, new ranges of variation! 2015 was a great year to be a paleoanthropologist, and I’ll bet 2016 has just as much excitement in store.

References (in order of appearance)