I’ve been looking at so many teeth lately, I’m starting to feel like a sadist but with newer magazines.

Between putting together a talk about dental development in Homo naledi and teaching teeth in my human evo-devo class last week . . . 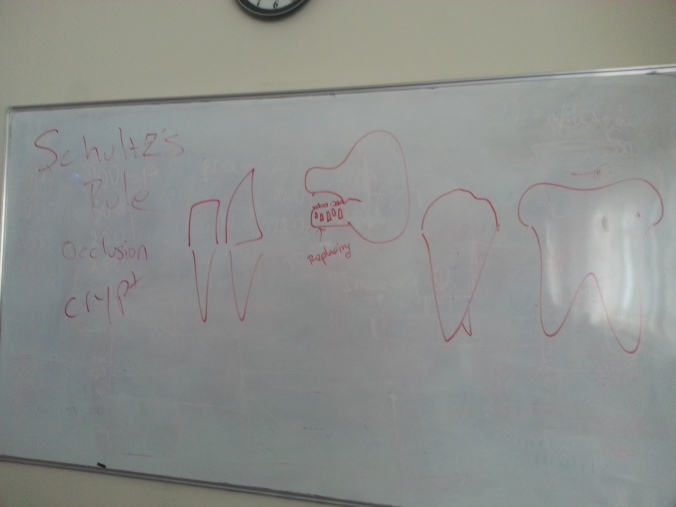 After these drawings, my students are now fully trained and ready to tackle the odontological world.

. . . I’ve got dentition on the brain. WHICH IS NOT THEIR ANATOMICAL POSITION.

So last weekend some friends and I hit a local pub,  a life jacket for my dental inundation. Surely, a pint and a snack will expunge enamel, dissolve dentine, exhume zuby from my brain! We ordered some beer and baursaki, delicious fried bread made out here in Kazakhstan, the perfect snack to go with beer and chechil. Tearing into the pastry, I started to feel at peace, but then was horrified to look down and find myself hoist with my own petard: 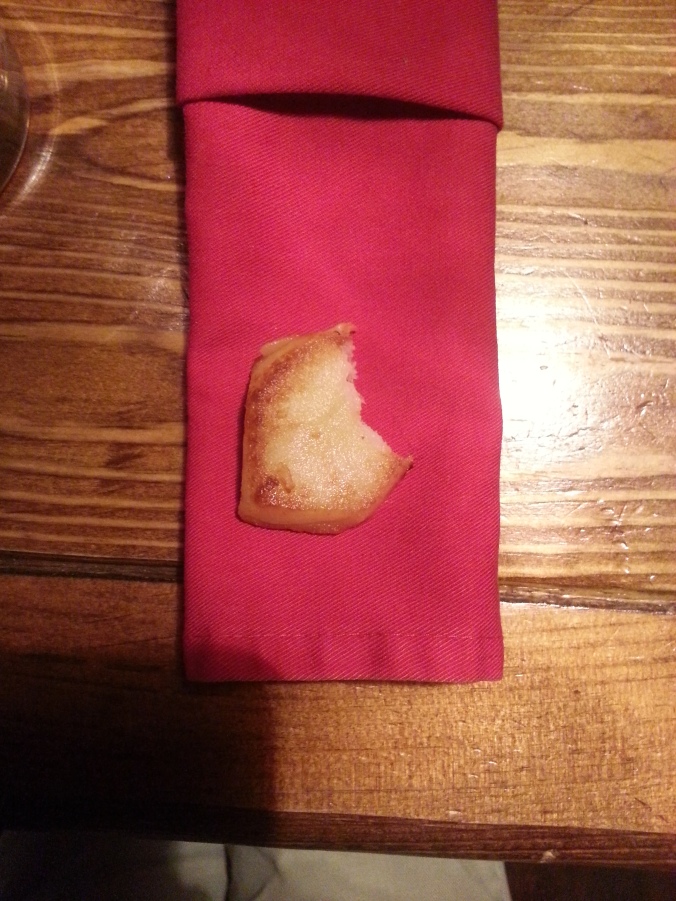 Baursak with a bite taken out? Our a hominin canine?

They’re nearly identical but from opposite sides (the fancy word for which is “antimeres”). Note the tall-shouldered, sharp apex of the crown, and the little distal tubercle, the little ‘bump’ at the far left in the left picture above. The mesial, or front, crown shoulder is notably taller than the distal tubercle. At probably around 3 million years ago, Sts 50 likely belongs to Australopithecus africanus, and retains an ape-like asymmetrical crown shape compared to the more incisor-shaped canines we humans have today.

Hominin canines and definitely no cakes. Left to right: Homo baursaki, three canines from early Pleistocene South Africa, and a modern human (from White et al. 2011). Images not to scale. Note how much less asymmetrical the modern human canine crown (far right) is compared to the fossil hominins. Teeth 1, 2, 4, and 5 are from the right side while the center, Sts 50, is from the left.

Apparently all you need to go back in time is some beer and baursaki.

One thought on “Osteology Everywhere: Cakes or canines?”